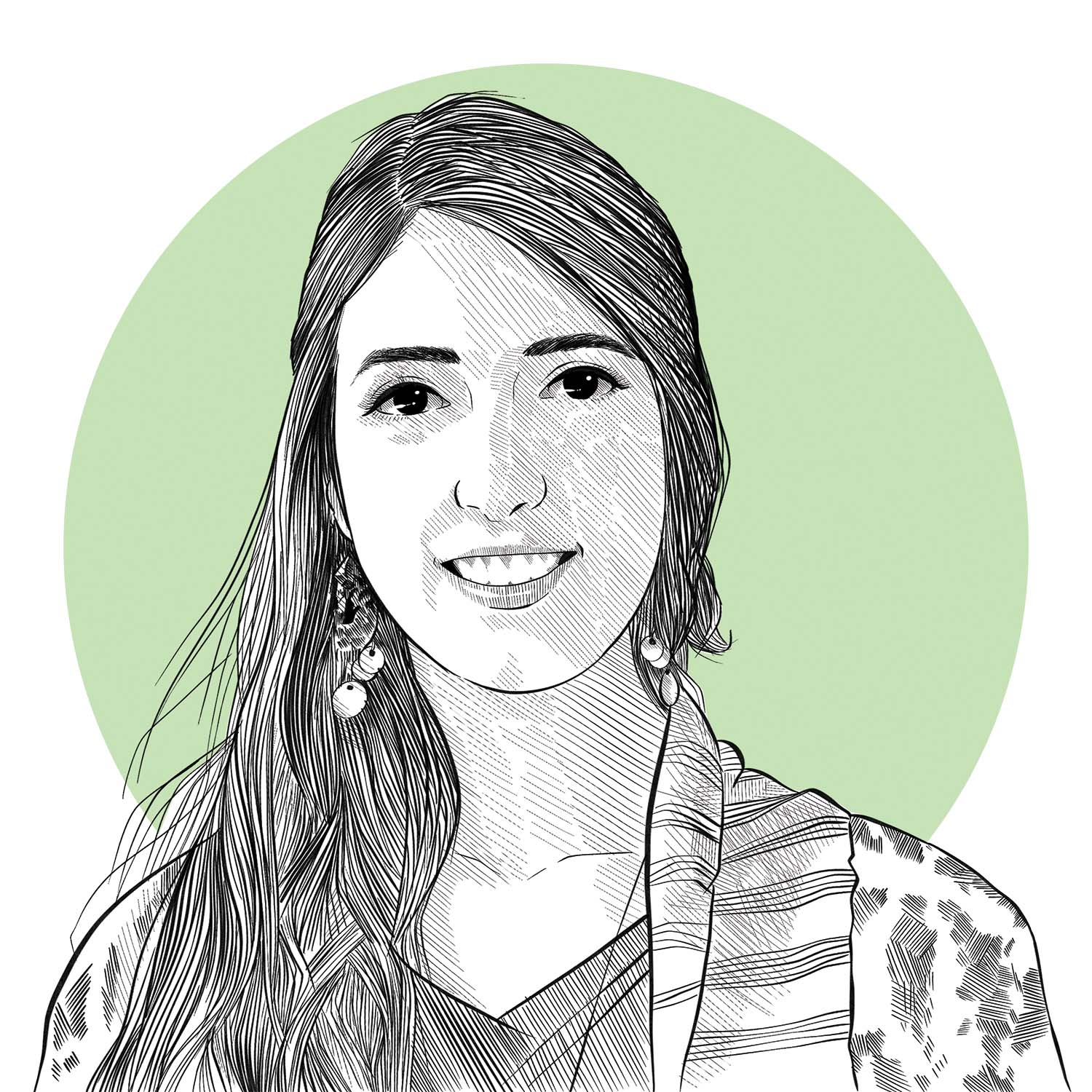 Nadieh Bremer is a Data Visualization Artist who once graduated as an Astronomer and started working as a data scientist before finding her true passion in the visualization of data, which combined her creative side with her love for math and data. As 2017’s “Best Individual” in the Information is Beautiful Awards, she focuses on visuals that are uniquely crafted for each specific dataset, often using large and complex datasets while employing vibrant color palettes. She’s made visualizations and art for companies such as Google News Lab, Sony Music, The New York Times, and UNESCO and has recently ventured into creating NFT collections and crypto art.

Can you start by describing a bit about the art you make?

I’ve been making data visualizations for a very long time but have always been interested in moving towards the more artful and creative side of things. I’ve been trying to make data art for the last year and generative art since the summer. I typically work directly with data, without adding anything graphical or hand drawn. I like working with big data sets that have many variables, many rows, or both, so I always have lots of things to play with to make the visual.

I like making data art where you can still find patterns – maybe not in the first five seconds, but if you let it digest and read an explanation of the underlying rules and how I went from the data to the visualization, then you can start to see patterns. I’ve done that in the past with an airline, showing all of their routes during a year, and you can see the ebb and flow, when the holidays are, where winter sports are. Besides that, if you just look at it in general, I hope to just visually please the viewer in some way.

I also make data art that’s just about the visual impact with no way to figure out what the underlying data-to-visual is. I see the data and numbers as something I can play with, but I don’t care if it makes sense or if people can learn something from it – just instead of having a random starting point, I use a data set to make a visual.

I also like to make the visual relate to the topic of the data set, but that’s bonus points if I can make that happen!

Do you find there are similarities or differences between your data visualization practice and your art?

There are definitely similarities. With data visualization, it’s important to teach the viewers about the data and convince them of a point, but I always try to grab their attention first. I spent a great deal of time making each visualization unique and captivating. I also do that a lot with my art so that when people first see it, they’re intrigued and want to see more.

For differences, with data visualization I’m much more constrained because the most important part is making the data insightful – people still have to understand it. With data art, I can use crazier techniques or do things that dilute the data.

What was your time like at Fab Academy? How has it changed your art practice?

Note: Fab Academy is a hands-on multidisciplinary five-month program where students design and prototype a new project every week, going from digital design tools to creating physical results with machines.

Fab Academy was really cool. About a year ago I felt that I would like to move more towards the art side, but I didn’t know how I could find clients to do that with since I always feel like I need to spend my time productively or earn an income. I wanted to grow myself from digital into the physical world, so I got a pen plotter, started researching laser cutting courses, and then came across Fab Academy.

So I decided instead of always wanting to be productive or needing to earn money, I would make a big decision and take a six-month sabbatical, not earn anything, and just be fine with that.

It was an outlet of ways I could be creative in ways that I have never been or not for a long time. It was great to learn how to make designs on a computer but to then make them with actual machines like laser cutters, 3D printers, and CNC machines, making my own electronics and combining them.

I’m not sure how it’s changed my art yet. I hope at some point I’ll be able to turn an idea I have for art into an installation, and I would have some sense of how to approach that.

Can you walk us through a few of your data art pieces?

I had a client-based data art project with Sony Music Entertainment. The idea was to reimagine how a gold record would look if we used data to make it. They had data sets like Spotify streams, YouTube streams, and album rankings, plus data about the music itself like the beats and frequencies. When you take the data sets, the data art system I created for Sony generates a poster that’s a unique fingerprint for a song (see Figure 1, the poster of Harry Styles’s “Adore You”). You can see where a new section starts, the beat, how those things intertwine. You can also see how a song rises and becomes very popular or see how some popularity declines.

This is one of those projects where it’s meant to be art, but you can still see the trends if you really take the time to understand what it is.

More recently I’ve been doing generative math based pieces that I like a lot. In my Coiling Curves series, I took spirograph code, which I’ve been playing with a lot over the years, and made a set of three visuals to try out (Figure 2 is Coiling Curves #2). They come from the same algorithm but a different seed, and you get a variety of results from the same system.

This interview has been shorted and edited for clarity and readability.